Candice Arnold is a local mum of two who is fairly well known within the community having grown up, and still residing, in the area. Candice has ongoing involvement with local Community Theatre Companies and is the co-ordinator of the Extra Curricular Dance Programs in many local schools on the North Shore.

As a Dancer from age 3, Candice commenced her Teaching Career at age 15. After graduating from ED5 International in 2009 with a Certificate IV in Performing Arts, Candice performed overseas briefly but soon found that Teaching dance was her true passion and is what motivates her to share her love and enthusiasm for the Performing Arts with not just our Students, but the whole Footloose Performance Studios Family. With an extensive background in both Dance and the Performing Arts, Candice’s mission is to provide her students with excellent dance training while giving them a memorable and positive dance experience they can’t find anywhere else. 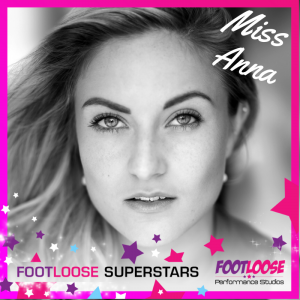 Anna-Julia is a British performer who has worked in theatre internationally for over 10 years and trained from a young age with BBC Childrens Television and also LAMDA.

Geneva is a passionate teacher in the performing arts industry who loves working with kids of all ages. She has 17 years of dance training and 12 years of performance experience. In this time she has achieved distinctions in RAD ballet and honours in CSTD tap exams. She has had the opportunity to perform at various shows and fete’s from a young age, including the Easter Show and has trained under the guidance of industry professionals from a young age including Nathan Sheens, William Forsythe, Leslie Bell, Philip Filo, Michael Corbett and many more.

In 2016 Geneva had the opportunity to go to America to perform a show at Disneyland and Universal Studios and was a part of the Disneyland Christmas Parade.

In 2018 after 2 years of full time training Geneva graduated from Ed5 International with an Advanced Diploma in Performing Arts. Through this course she had the opportunity to perform professionally at events such as; on tv for the Voice, at the Arnott’s gala ball and with artists such as; Marcia Hines and Mini Cooper.

Geneva has been Teaching for 5 years. She loves teaching many styles and all age groups and is inspired by watching her students grow and develop under her guidance. 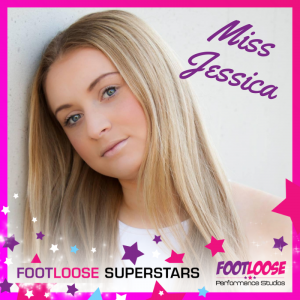 Jessica is a teacher and performer from Sydney. She completed her Certificate IV in Performing Arts at Brent Street 2015 under the guidance of Cameron Mitchell, Lucas Newland and many other industry professionals. In 2017 Jessica took part in Show Business Melbourne and was mentored by Marko Panzic.

Jessica has been teaching since 2014 in multiple styles including Jazz, Tap, Lyrical, Contemporary, Musical Theatre and Acrobatics. 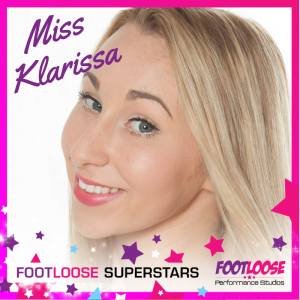 Klarissa trained at The Conlan College of Classical Ballet for her foundation followed by full time training from 2010 until graduating in 2015. Klarissa has completed all of her RAD Examinations receiving high distinction in all major examinations with 100% in her Advanced 2. She recently featured in the movie “Dance Academy the Comeback” released in cinemas 2018 as well as starring in a store film “Reverie” played at Sydney Film Festival.

Klarissa has been teaching all over Sydney, Melbourne and Tamworth for many years. She has a passion for inspiring young dancers and spreading her love and knowledge for dance to each student to watch them grow individually as a dancer. 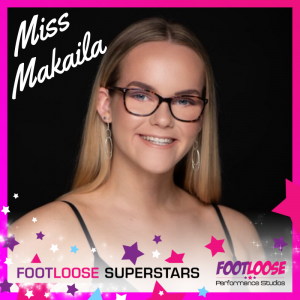 Makaila found her passion for dance at a very young age at GCSDANCE on the Central Coast where she trained with a focus in RAD Ballet, Jazz and Tap.

After finishing school Makaila furthered her dance studies at Ettingshausen’s Pro where she was trained and mentored by some of the best in the industry graduating with a Certificate IV and Diploma in dance. While at Ettingshausen’s Makaila was given the opportunity to perform on The Voice & Dancing with the Stars as well as appearing in the Opening Performance of the 2020s ICC World Cup.

Olivia is a Sydney based dancer and choreographer. From a young age Olivia has trained in Ballet, Jazz, Lyrical, Contemporary, Hip hop, Musical Theatre, Tap, Acrobatics, Drama and Singing competing and performing with her dance schools competition teams. Olivia attended Pymble Ladies’ College where she continued her studies in dance completing her HSC dance and receiving multiple callback nominations, as well as being a member of their competition teams and performing in many of their musical theatre productions.

Olivia has worked as a performer in shows throughout Australia and the United States alongside the likes of Justice Crew and Redfoo, with the choreographers of Beyonce, Missy Elliot, Rihanna and Lady Gaga and for shows, events and companies such as The Morning Show, Channel V, Mardi Gras, The X-factor, Optus and The Starlight Foundation.

In addition to performing, Olivia has been teaching for over 10 years in a variety of styles with her favourite styles to teach being Jazz, Contemporary and Hip Hop. She has choreographed for performances and competitions in studios throughout Sydney and New York and is excited to work with the Footloose Performance Studio dancers.

As a Teacher, Olivia’s main aim in the studio is to push students to test their limits and surpass their comfort zones in a safe, comfortable and fun environment; and to nurture a passion and encourage pride in their achievements.

Taine has been passionate about the performing arts industry from a young age, starting dance lessons at the age of 4. By the age of 8 he was a part of the tap pups, being trained under Dein Perry’s Tap dogs and instantly fell in love with tap dancing. Through being a tap pup Taine has had many amazing performance opportunities such as; Carols in the Domain, Sydney Tap Festival, v8 Supercars, New Year’s Eve, So You Think You Can Dance and Dance Academy. Recently he has also had opportunities to perform professionally along some of the Tap Dogs, with a highlight being performing on a submarine in Sydney’s Darling Harbour.

Taine studied full time for 2 years at ED5 International where he received an Advanced Diploma in Performing Arts. Throughout the course he had the opportunity to perform alongside industry professionals at some amazing events including; Arnott’s Gala Ball, a wedding event alongside Marcia Hines, Nicole Fitzsimmons Foundation Ball, Save our Sons and the Ocean 8 Premiere.

Taine loves being a dance teacher as it allows him to share his knowledge and passion for the arts with the younger generation. Taine is extremely excited to teach the students at Footloose, and can’t wait to see what the year ahead holds for both himself and the kids.

Complete your details below and we will be in touch with more information!